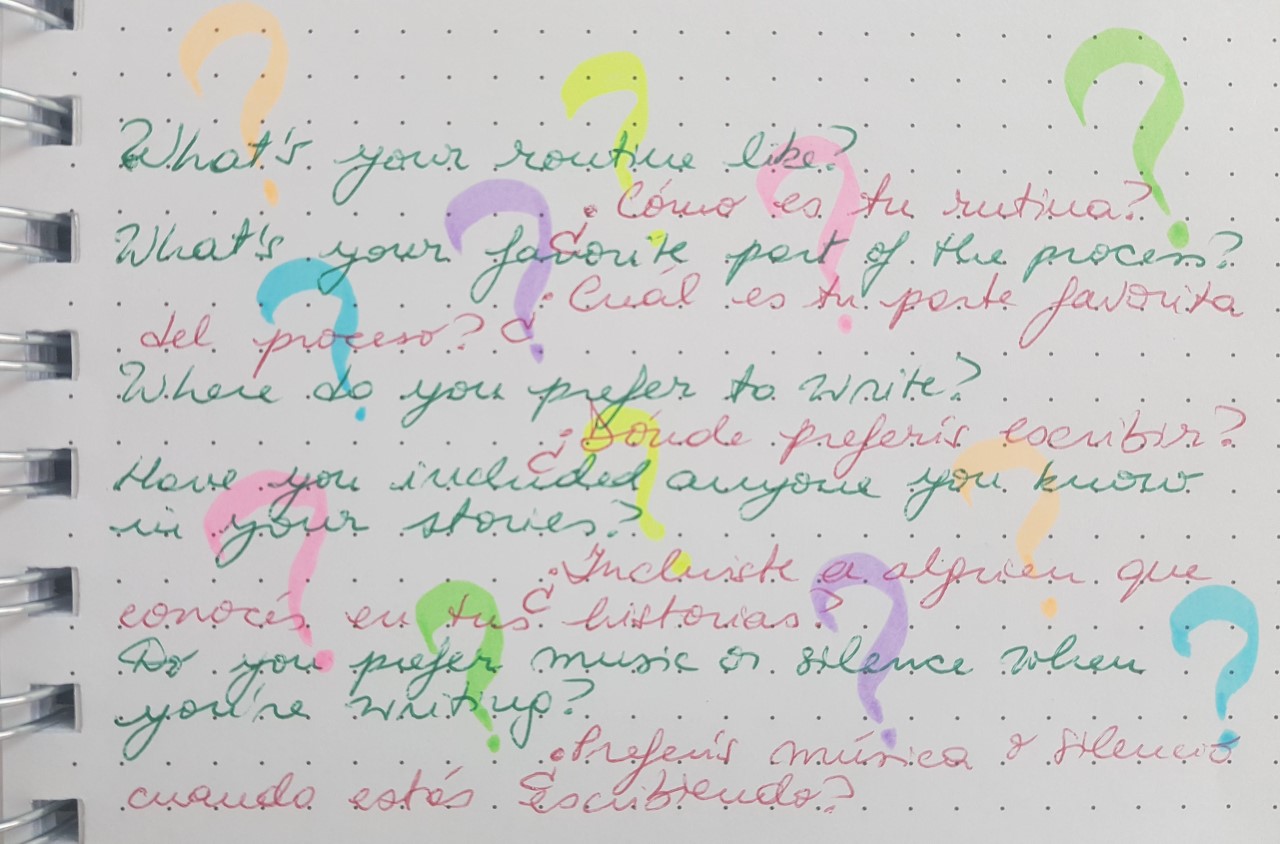 What’s your routine like? I’m not on friendly terms with mornings, so it usually takes me some time (and two cups of black coffee with loads of sweetener) to wake up. I watch the news until I’m awake enough to procrastinate until my brain commands me to grab a pen and write. What’s your favorite part of the process? The first time I’m drafting the plot is pretty great; I love it because I’m drawn to a story or character and there’s this pull that I can’t fight back. Also, when I’m on a roll and I lose all track of time as I’m writing. Where do you prefer to write? In coffee shops, surrounded by people and a buzzing energy that I drown out. I also like writing on my bed, but

A Leap in Time

Georgiana Smith-Brownstone took a deep breath before she grabbed her purse. It was a black sequin clutch that matched her emerald dress. Her hair, which had once been hazel, was a few shades darker, and it was tied in a French braid that fell halfway down her back. The dress had thick straps, a V-neck, a cinched waist, and it cascaded to the floor. It was Georgiana’s favorite color, and it had vertical lines of green sequins making it stand out even more as she moved. The color of the dress made her dark green, almost black eyes, look greener, and the four-inch sandals gave her five foot five height a small boost.

Georgiana wore little makeup on her heart-shaped face, and for a twenty-seven year old, she looked younger. Seventeen, to be more precise. One of the perks of being a were, Georgiana thought to herself as she left the house where her father lived, and which she crashed whenever she was in the area. If she looked at herself in the mirror, she’d see the same high cheekbones, button nose and full lips she had stared at over ten years before, when she had discovered who she really was. And given the slow aging factor of weres, she barely looked a year older. She was still fit and her beige complexion was just a bit more tanned from the time she spent outdoors.

But even if physically she was almost the same, ten years had meant many changes, some expected and others not, some welcome while others not. The sun was a little over an hour away from setting in Peoria, Illinois, and the lovely early August, plus the characteristics of being who and what she was, meant Georgiana didn’t need a jacket or coat.

Sky Woodsworth, her best friend, was sitting in the passenger’s seat, and when she saw Georgiana walking towards the car, she wolf-whistled, making Georgiana laugh and exaggerate the sway of her hips as she got closer. “Don’t we look great?” Sky asked as Georgiana got in the car.

The same age as Georgiana, and because she was also a were who became a fox, she looked seventeen even if she was a decade older. She was five foot seven and had a lithe build, she had big black eyes, a button nose, a wide mouth and long straight black hair that was in an intricate updo that somehow looked effortless. Her ebony complexion appeared to glow, not only because of the short gold fringy flapper dress she wore, but also because of her date.

Sissy looked to be in her late teens, which meant she was a few decades older in were years. In her animal form she was a merlin. When human, she was the same height as Sky and she had defined muscles because she enjoyed spending time as a falcon. She had big brown eyes, dark blonde hair held in a fancy ponytail, and she no longer sported the bangs she had had for some time. She had a small mouth and a small and round nose, and her cream-colored complexion was tanned and stood out because of the light blue, knee-length sheath dress she wore.

“Yes, we do,” Georgiana grinned. “Thanks for getting me.”