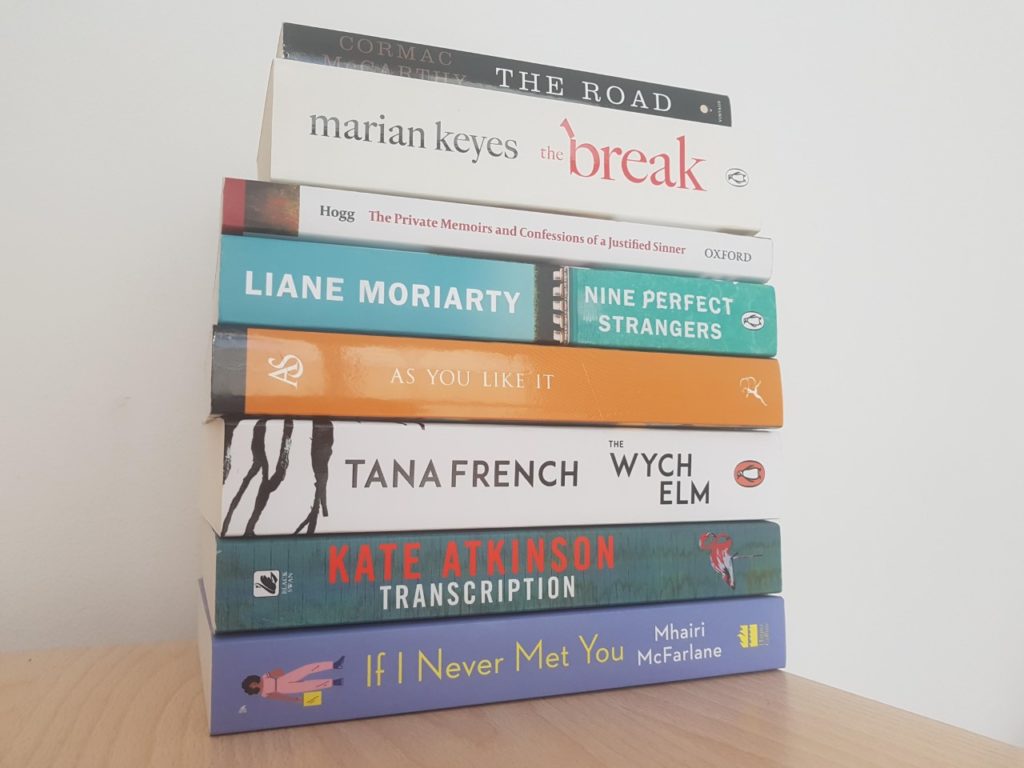 Stories can be categorized according to genre. This can help readers choose what they want to read next, and in fiction, genres are overlapping and not really clear-cut, and many authors write in different genres, so you might feel like arguing with me about the authors I’ve mentioned (and the genre I’ve mentioned them in). If so, drop a comment!

An aspect to consider is the target audience: children, young adults, new adults, or adults. This obviously affects the content. Then there’s science fiction, fantasy, suspense, mystery, horror and romance. Each genre has its own set of conventions, or expectations that readers have. The setting is an integral part of the genre.

Science fiction usually depicts probable futures, outer space, and even time travel. It is connected to technology, and the main idea is that what is being described could potentially happen. Typical conventions can include astronauts and aliens, uploaded consciousness (if it’s a tech subgenre), alien objects/devices, parallel worlds, clones, AI becoming a threat to humanity, and time travel. Famous authors of the genre include Ursula K. Le Guin, Michael Crichton, Aldous Huxley, Isaac Asimov, H. G. Wells, and Douglas Adams.

Fantasy is often confused with science fiction, yet the main difference is that in this case, impossible alternate worlds are depicted. Typical conventions can include magic, royal bloodlines, different species, a mentor (who’ll probably die), a dark, evil antagonist, and a damsel in distress (this has been diminishing, thankfully). Famous authors include J. R. R. Tolkien, C. S. Lewis, Terry Pratchett and J. K. Rowling.

Suspense is a genre that requires a consistent sense of impending tragedy for the main character(s). There’s usually an antagonist, and it is a type of story that includes action and more complex storylines than mystery. Suspense novels can be psychological, legal, medical, crime, or action. Typical conventions can include unreliable narrators, haunted protagonists who may be antiheroes, and stunning settings that contrast the beauty of the surroundings with the tense human interactions. Famous authors include Gillian Flynn, Stieg Larsson, Tana French, and Dean Koontz.

Mystery stories are different from suspense in that there isn’t so much action, and there is usually a mystery (murder, theft, attack) that needs to be solved. The main character can be a detective, forensic investigator, lawyer, or someone who finds themselves accidentally involved. Twists are expected, and what readers usually seek is a resolution to the mystery that surprises but has been hinted at. Typical conventions can include a deeply troubled protagonist who is still likeable, an assistant or rookie who helps (may or may not be dead by the end, depending on tone and subgenre), guilty person getting sick or hurt on purpose to avoid suspicion, and evidence that’s been hidden in plain sight. Famous authors include Agatha Christie, Arthur Conan Doyle, Sue Grafton, and John Le Carré.

Horror stories depict, in general, the fight of Good vs. Evil, and the main objective is to be scary, to offer a reading experience that’s gruesome, that generates anxiety. Typical conventions can include graphic violence (lots of blood and gory imagery), creepy atmosphere, victims who don’t stand a chance of reaching the end of the story alive, and victims who underestimate the danger they’re in. Authors of the genre include Stephen King, Mary Shelley, Bram Stoker, and H. P. Lovecraft.

Romance stories refer to a relationship between two (or more) characters, and obstacles can include getting together and, occasionally, staying together. Happy endings are a must in the genre, as readers want to find that the characters they’ve gotten to know will be happy. Subgenres include historical, contemporary, gothic, fantasy, and romantic suspense. Typical conventions can include rivals to lovers, secret billionaires (millionaires don’t cut it anymore for some reason), an intervening older person (to help or to act as an obstacle), forbidden love, quirky friends, clumsy women, and happy endings. Known authors of the genre include Jane Austen, Diana Gabaldon, Nicholas Sparks, John Green, Nora Roberts, Mhairi McFarlane, and Marian Keyes.

What are your favorite genres? Are there any that you thought you wouldn’t like but you did?