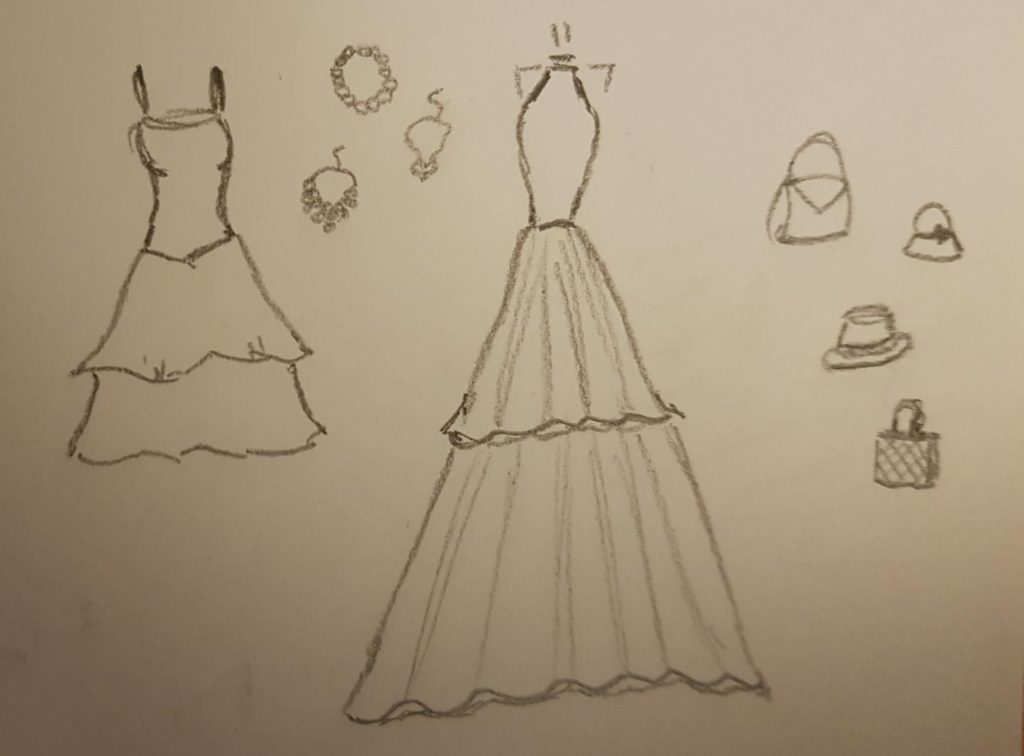 There are many sides to a developed, complex character. One of them, however shallow it may sound, is how they dress and accessorize, and what sets them apart from other characters.

When you think about your own clothes, or those your friends wear, there’s an aspect of them that is linked to personality, personal taste or a background detail that can be reflected.

For example, colors can be representative of the mood a character has, as in wearing all black clothes or bright pink—of course, stereotypes exist, and it’s much more interesting to ditch the clichés and to give your characters more complex identities.

And clothing is also inevitably linked to the setting, profession and activities the characters carry out.

It’s very important to do your research. If you’re writing a period piece, for example, keep in mind that women in the nineteenth century wore gloves because getting their hands tanned implied they worked in the fields—something they didn’t want potential wealthy suitors to think. So, depending on class and age of your female characters, it’s an addition to make (or not) in your descriptions.

To that same end, ties were invented in the 17th century, and while women wore corsets and other kinds of underwear, bras weren’t invented officially until early 20th century. Some garments and accessories were created centuries ago, like flip flops or clutches, but they evolved through time, and it’s important to do research to find out what they were like and to what capacity they were used in the setting in which we write.

Just like characters wearing t-shirts with band logos on them can give a hint of their personality, so can tattoos, dyed hair or piercings.

As a reader and writer I find the more subtle descriptions that insinuate who the character is as they are developed, is more interesting.

For example, Mr. Wednesday’s outfit in Neil Gaiman’s American Gods is described as “The suit looked expensive, and was the color of melted vanilla ice cream. His tie was dark gray silk, and the tiepin was a tree, worked in silver: trunk, branches, and deep roots.” While I won’t spoil anything for anyone who hasn’t read it, there is some symbolism there.

In my novel The Last Summer, the five main characters—five eighteen year old women—have, as teenagers do, very distinct personalities and styles. Their fashion choices also reflect certain aspects of their lives, like Magnolia Hill, who’s in a dire financial situation and usually wears certain items time and time again.

In The Five series, Sky Woodsworth’s mother, Blanche, is enamored with the 70s and what they represented in her life, and just like she was never more at ease in another time, her clothing choices reflect this as she’s always wearing flowery, loose dresses and skirts. For another character, Mrs. Kent, her more formal outfits may seem impractical for working in a school in the woods, but the choice has to do with the sharp image she wants to reflect as she deals with teenagers and their parents.

Sometimes it isn’t as easy to use clothes in a way that conveys information for a character—especially if they wear school or work uniforms and they have little leeway to alter them. But accessories, such as a necklace, a ring, a bracelet or something along those lines can hint at an aspects of the character’s personality or past, like Luna Lovegood in the Harry Potter series, whose quirkiness is shown, for example by her wearing Dirigible plum-shaped earrings.

There are obviously many aspects to consider when writing characters, and while having expositions about choices can be unrealistic and read forced, ways can be found to give information, with more subtlety, that can help show the character’s personality or past. Even if these choices aren’t explained, they can be interesting additions for readers to find out about and to help them see the characters under a more developed light.

Do you pay attention to clothing and accessories and make them detailed, or do you leave those aspects of your characters up to your readers’ imagination?