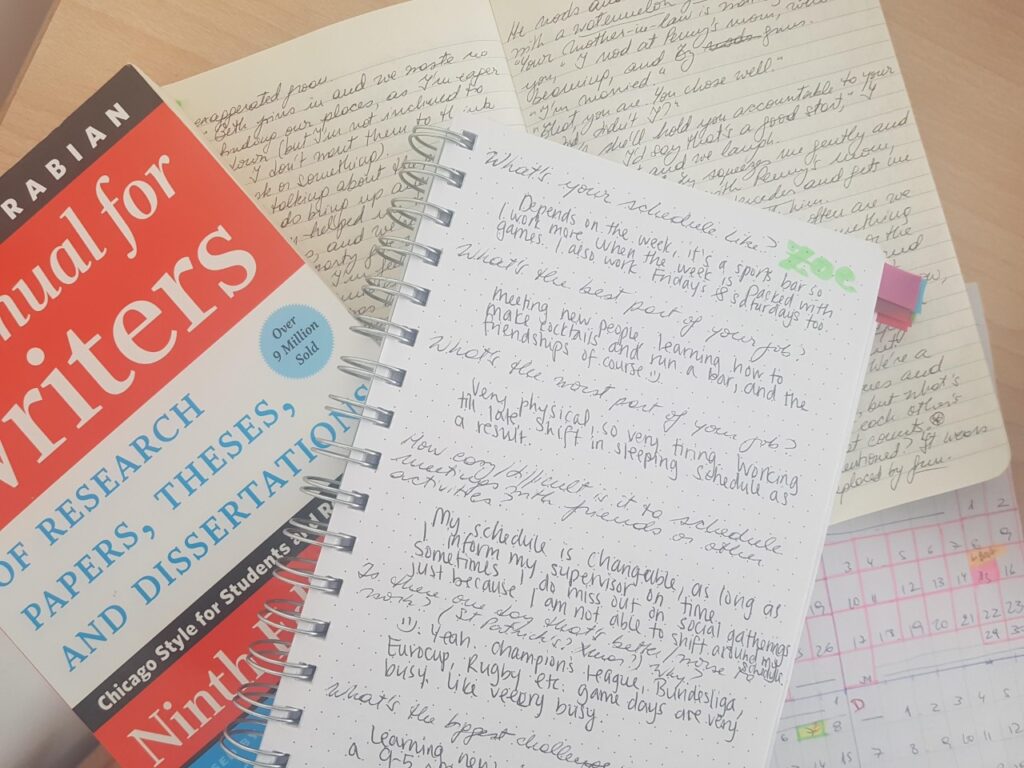 My research has two ways of beginning: either I’m looking for information to confirm something I’ve written, or I’m plotting/about to write something and I need information because it can affect what I’ll be doing.

For example, for my series The Five, I looked up online which animals could breed together successfully—even if they were rare, such as the pumapard, I wanted a degree of realism to it. I also looked into which animals are seen in what countries/regions, although I was a bit less restrained by that data because I was still writing about people who can get on a plane and fly to a different place. I used maps to track distances of cities and towns the characters went to, and I looked up the weather and general information of said places as well.

Because the education system in Argentina is different to that of the U.S., I went on forums and websites to get as much detail as I could about what a regular high school schedule can be like. Of course, I also took some liberties here—after all, Woodbridge is a high school for teens who can turn into animals.

For another story—a contemporary women’s fiction novel—I grilled a few of my friends. Because I needed to dig into the actual experience and obstacles of working as a lawyer (and my work as an admin secretary in a legal department wouldn’t cut it), a bar manager, and a designer, I texted my friends some (many) questions as I was writing and editing. I also went to a pub and handed a waitress a short questionnaire with general questions about her job, and she answered them in a matter of minutes, helping me get a clearer idea of what my character could be dealing with.

Not all information can be found online, and sometimes people filter a bit what they’re saying, so it’s always better to have anonymous sources who don’t matter sharing the ugly truth of what their days can really be like, what can frustrate them about their line of work, and what brings them the most happiness.

What are your sources for research? Do you only stick to websites?