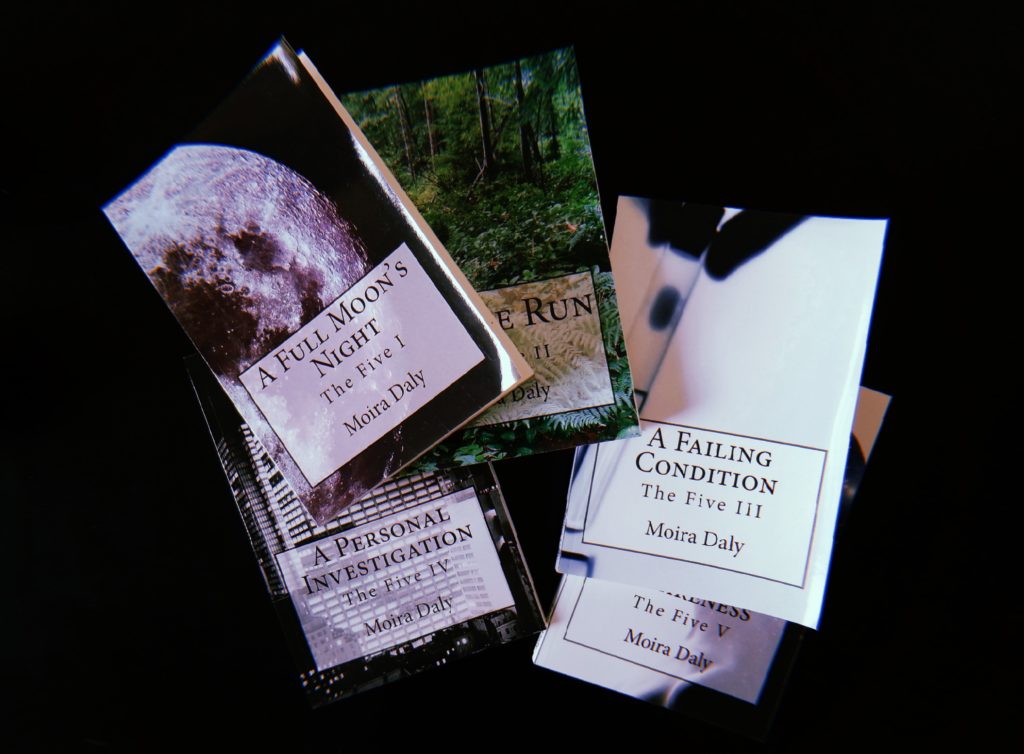 I started writing A Full Moon’s Night a few years ago (eight or so), when I was reading a whole lot of supernatural young adult novels. I loved (still do) the genre, and I love the creativity it allows for.

After I got my initial brain fart and I let the idea brew in my mind, I started outlining the plot. I got as far as eight books, with an additional one unfinished.

I initially published the first four novels under a pseudonym, but after I published The Last Summer under my name, I decided to re-edit and re-publish the former books, after my eldest niece read them and okayed the idea.

I subsequently wrote, edited and published the last two books in the series (A Faltering Awareness and A Leap In Time). The latter one presented a specific challenge, as I had the plotline for at least two more; but upon re-reading the novels I realized that there were certain repetitive ploys that would also make the whole series jump the shark, as well as contradict some of the characters’ development.

Instead, I selected different storylines from the unwritten plots, added a few more ideas I came up with, and reworked the sixth book into the last of the series. The ending does leave room for more, but I think that a break is warranted as the characters have been through enough for the time being.

As I wrote the novels, various characters came close to dying (Alexis, Faith, Ryan’s father), but for different motives I decided that their fates would be those that are written in my books.

I enjoyed writing The Five, and I can only hope that readers will enjoy the series, too!