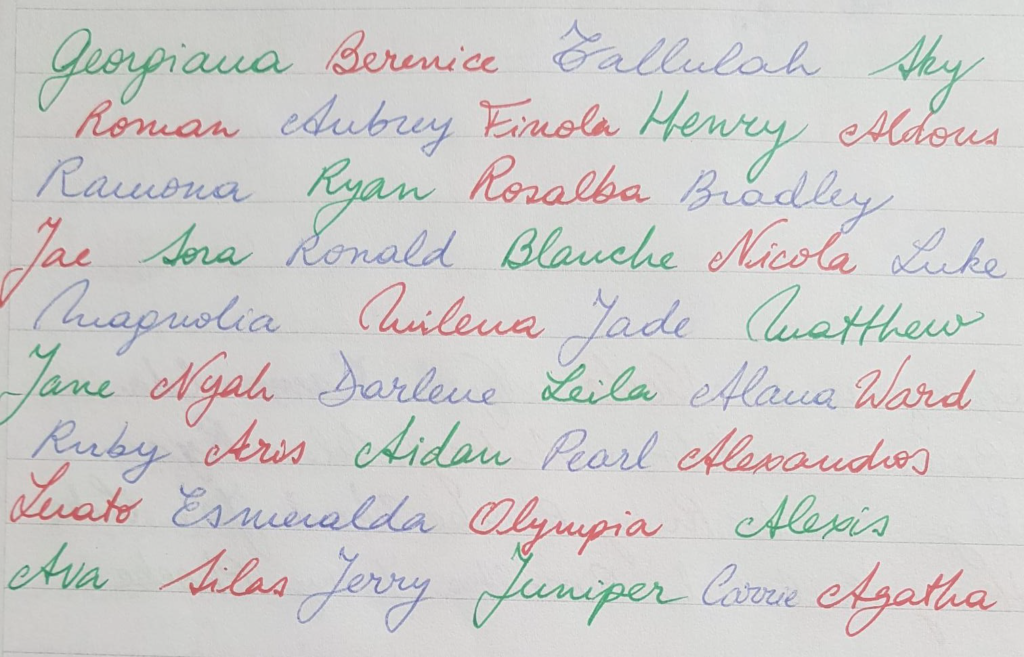 What’s in a name?

Names are an intrinsic aspect of people, real or fictional. They can implicitly show characteristics of the character or they may have a deeper connection to their story. For example, naming a male character Romeo may lead readers to guess his life may be tragic and he may face complicated relationships, while a character named Aphrodite could make readers think of her as being a more positive, loving being.

Sometimes names can help set the character’s background: a nationality can be established by a last name (be it Greek, British or French, for example), as is the case of Agatha Christie’s Belgian detective, Hercule Poirot.

Names can also help set characters apart from others already known, or they may help make them rather unique, as is the case with Hermione Granger, whom JK Rowling named because it’s a Shakespearean name (from The Winter’s Tale), but also because she “didn’t want a lot of fairly hard-working little girls to be teased”[1].

There are countless resources for finding and choosing a name, and one of the main things to consider is the setting (time and place) and age of the character.

Some names are popular at given years, so if you’re writing about a male character in the United States during the late 1800s, then Abner is a good choice when it was ranked among the 300 most used names—but it isn’t in a contemporary setting, when it doesn’t rank in the top 1000 names, unless there’s a specific reason for the character to be named Abner (maybe something to do with his family’s history?). Likewise, if you’re writing a story set in Ireland, your female character could be named Eithne or Etna, whereas a Scottish or English setting would change it to Edna (even if the meaning of the names is the same, spelling shows the geographic origins).

While some readers may not think too much on the meanings behind the names, they can also be a source of information about the character’s history. The websites I use the most are:

It is also useful to Google the name you’ve been considering using—I’ve changed a few after I’d realized the meaning didn’t necessarily go hand in hand with the character’s personality.

The wonderful thing about creating characters is that you can name them anyway you want, and while sometimes you think that you’ve chosen the perfect name, as you write your story you realize it isn’t a perfect fit. As the characters develop and you learn more about them (or make decisions on their pasts, for example), it’s important to remember that the name isn’t just a detail.

What are your favorite names? Do you research before you settle on them?